Recently I discovered Hacker Gifts and I really liked their idea. I wanted to try it, but I was a little hesitant due to the price tag and not knowing how fun the experience would be. However, after a while, curiosity was stronger and I decided to send myself a card and find out. In this post I’ll walk you through the solving process, so you can decide if this is something a friend would enjoy.

Disclaimer: I won’t include the same exact files and clues I received because I don’t know if the puzzles are repeatable and/or if I would be breaking some sort of agreement. Therefore some hints will be obfuscated with an X character.

After placing your order, you’ll get a card like the one below and it contains the first puzzle. By the way, you can customize the name on the card, the card design and the secret message that will be revealed after all the puzzles are solved.

After scanning the QR, you’ll get something like this:

Typically, I’ve seen strings ending in “=” while dealing with base64 or encryption algorithms that use it, so I decided to try that first.

At this point, I thought that maybe the whole decoding pipeline could be automated, so I came up with this small program to decode the QR and convert from base64.

The decoded text contains a reference to a site and an access code. I’ve replaced the real content with letter X as mentioned earlier.

When you open the link and enter the access code, a nice hex dump will be waiting for you. This is when I noticed that I didn’t want to automate browsing the site, so I decided not to automate everything, but still code things that looked fun. Here’s an extract of the hex dump. 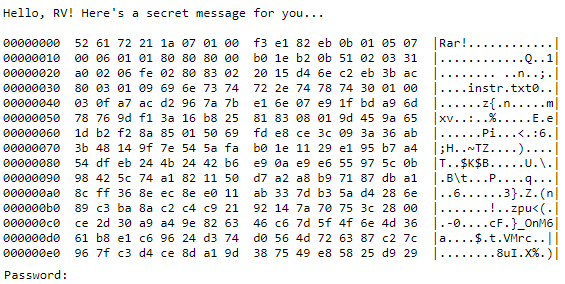 The first important thing is that the hex dump starts with Rar!, so it should be a compressed file. And probably password protected because of the text at the bottom.

But, as you can see, the password seems to be missing. At first, I thought it was an error, so I retried a few times. After that, I suspected the password might be in a comment or hidden in some other way. And indeed, it was available in the source code, inside a div element:

So now that we know we are dealing with a password protected rar file, the next step is creating it, in other words, reversing the hex dump. The following method does exactly that.

After decompressing the file, you get two new files:

Let’s start with the IP address.

The typo in haiku is intentional and it’s the hint you need to know that the IP is hidden inside the poem. But how to interpret it? At first, I thought it might be a known poem with some modified characters, for example, “placid” could be “place”. However, after some googling, I found hipku, a program that converts an IP adress into a poem. So maybe the hint was even more explicit than I thought 😉

The decoding was quite simple:

Now let’s brute force the password. The instructions say that it’s a seven-digit password and provide the starting part of its SHA-256 as a hint.

Finally, let’s deal with the key. The key file looks like this:

I’ve used PuTTY quite often in the past and I knew it wants keys in ppk format. So I guessed I had to do something with the text to get a valid ppk file.

PuTTYgen helped me doing that: 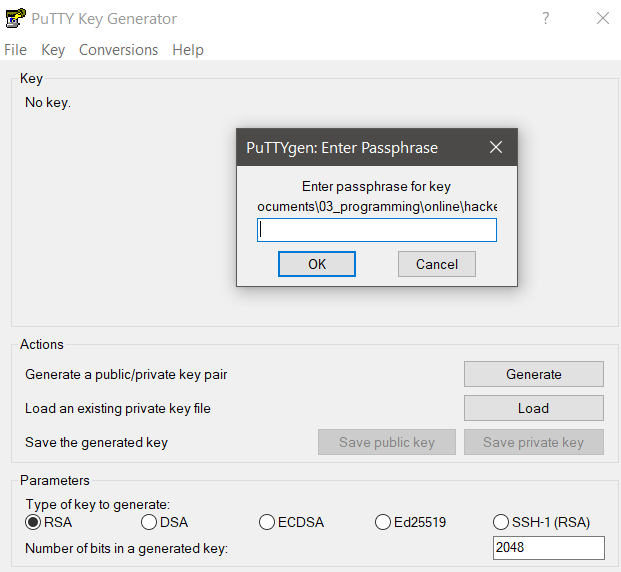 You’ll need to enter the password that was brute forced earlier and then click on “Save Private Key”.

When I finally logged into the server, I was greeted with a console based Space Invaders game and you just need to beat the first level. It’s not difficult at all but playing over SSH was a little unresponsive. 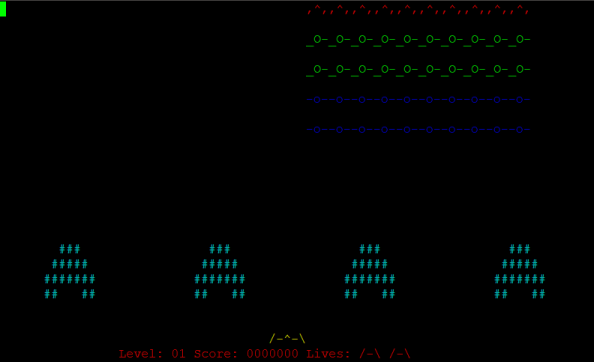 And that’s it!!! My secret message has been revealed!!!

Once your order has been completed, you’ll get a tracking URL and you can monitor how is your friend doing. This is one of the reasons why the puzzles involve visiting a web site and logging into servers in order to record milestones.

More importantly, you can point your friend in the right direction in case of being stuck.

As you can see there are some hints available and it’s pretty much what we did, except for the choice of tools.

Just in case, solving the puzzles the way I did took me around 4 hours (while also documenting and preparing stuff for this post). I started at night and then went to sleep, so that explains the 18 hours in the screenshot.

Was it worth it?

From the solving point of view (the part your friend will get) absolutely. It was fun, unexpected and I love this sort of quests.

From the buying point of view, it all went well, payment was easy, everything arrived immediately, the tracking site gets the work done, etc. As for cost, it’s really tricky to come to a conclusion because we all have different ideas of what’s fun and how much is worth it. It also depends on your previous experience and how long it will take to solve the puzzles. In any case, at least you can judge for yourself based on this walkthrough. That being said, it would be nice if there were more options, maybe based on length or difficulty.

I hope you enjoyed the walkthrough. In case you like this sort of puzzles, I’d like to suggest a much harder one wich is called Tom’s Data Onion. I had a blast doing it, it was not easy at all and I learnt several interesting things.